"The CPF plays a key role in ensuring that Party members‎ have the opportunity to help shape Government Policy. We need to make the most of all of the talent that exists within our Party, and harness our members' enthusiasm." (Theresa May)

The CPF is a national Party group that gives members the opportunity to discuss the major policy challenges facing Britain. With almost 250 active groups across the country, a fantastic voluntary team and strong professional support from CCHQ, the CPF has a vital role at the heart of the Conservative Party. With a direct line to the Prime Minister's Policy Unit and Government Ministers, a programme of regular national policy discussions, members' surveys, video conferences with leading members of the Party and roundtable discussions at 10 Downing Street, its members have a real say in the direction our Party is taking.

CPF Members have played an important role in recent years, providing a number of ideas that have gone on to become Party and Government policy, and the work of its members out on the ground made a real difference to the outcome of the 2015 and 2017 general elections. There is a genuine recognition at the top of the Party that the views of members need to be sought and heard.

As we implement our Conservative manifesto and formulate our vision for the years ahead, it is as important as ever that we demonstrate how only the Conservatives will make the difficult decisions needed to secure a better and brighter future for Britain.

What is the CPF?

The Forum aims to publish five discussion briefs each year (that is, one every other month, with a break for May elections and the summer). Since relaunching after the 2015 general election, the Forum has collected policy suggestions from about 250 different groups, representing around 300 constituencies and over 3,000 members and supporters – all of which were summarised and sent to the Prime Minister's Policy Advisers and to Conservative members of Cabinet. These, in turn, all received a formal ministerial response and have resulted in ongoing policy development behind the scenes. In addition to this, we also engage with our members through monthly members' surveys, online video conferences with leading members of the Party, and various regional and national events.

Through this work we very successfully fulfilled our remit of helping the Party to identify the problems we will face during the next Parliament and, crucially, to address how we can secure a better future for Britain and for hardworking taxpayers. Many CPF groups also contribute to debates on local issues and actively participate in campaigning in their constituencies.

The CPF’s history can be traced back to the Conservative Political Centre of the early post-war years. This made a significant contribution to the development of election-winning policies that delivered thirteen years of radical Conservative Government from 1951 to 1964. Building on this heritage, our aim is to create a truly national Forum, accessible to all regardless of age or location that has real influence on Party policy.

There is a CPF professional team in CCHQ to support you, so please feel free to get in touch if you are interested in joining or forming a CPF group or if you would like to know what you can do to help to ensure we continue to elect Conservative representatives at both local and national level.

We have groups in all parts of the UK, if you would like to get involved with the CPF in your area please contact cpf.tivertonandhoniton@gmail.com  for more information. 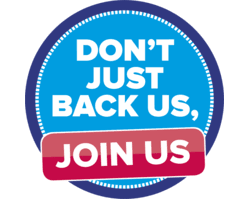