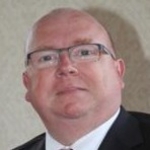 We must be nearing an election as social media has become the chosen platform of political rhetoric with unfounded and irresponsible claims passed as facts.

In one such rant a Liberal Democrat (LD) Councillor made the astonishing claims that 3Rivers could bankrupt the council and endanger council jobs and services.  Utter tosh and totally irresponsible.

The fact that the LD Cabinet, Scrutiny and Audit members (including our keyboard warrior) voted unanimously to support the company throughout 2019/20 seems to have been conveniently forgotten.  Replaced by a stance attempting to detract from their appalling performance when holding key cabinet positions, now hell bent on undermining anything 3R, under the banner of tribal politics.

Choosing to ignore  £1.2m the company has contributed to MDDC funds and services, no this isn’t fictitious or clever accounting its audited direct benefits to you and me, the tax payer.

I find the current stance lecturing council on their self-proclaimed superior financial acumen somewhat at odds with their performance when in charge.

At a recent cabinet meeting, I revealed that whilst holding the relevant cabinet positions the LD’s had allowed valuable funds go back to central government unused, why?  Because they had no plans to build social or affordable homes!  Indeed, their target was set at zero, hardly an ambitious one for a group now trying to become the champions of social housing provision.  The loss - some £651k is a total travesty and failure of the residents and businesses of Mid Devon.

These monies, available from proceeds of Right to Buy council house sales is specifically to replace lost housing stock.

This is the first time such funds have ever been returned by MDDC.

Added to this travesty a further £565k remains at risk due to their continued failure after sixteen months in office to have any plans for social housing in place.

£565k being an amount recently described as a “drop in the ocean” by the LD spokesman.

Claiming to have an “open and transparent” way of working, this had never been revealed to members of the council or the public yet was returned in 2019 several months into their term.

Rather than rant about exaggerated predictions of doom and gloom perhaps they should concentrate on doing what we are all elected to do and better serve the residents of Mid Devon by supporting 3R as previously agreed or put forward alternative ways to replace its £1.2m contribution. They have been asked!

The repeated dither and delay tactics by the LD group to avoid being held to account have spectacularly backfired, the loss of £651k should not be forgotten.

We returned to sensible financial oversight in September and have plans for social housing provision having moved away from dither and delay tactics, we also have a plan for key board warrior politics....it’s the delete button.