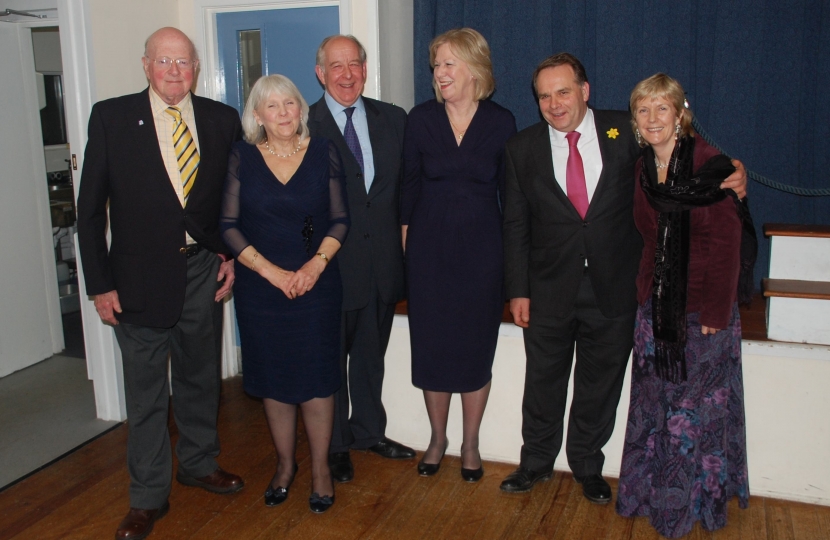 Georgina was educated at Torquay Grammar School for Girls and then went on to study at UCL in London. Following university she went on to work at the Foreign Office being posted to such locations as Brussels, New York, Paris, Havana, Washington, and Delhi  and becoming Deputy Head of the Latin America and Caribbean Department followed by service in the Diplomatic Corps as HM Ambassador and Consul General to Costa Rica and Nicaragua, one of very few female Ambassadors to be appointed by the UK Government. In 2006 she was awarded the Order of Juan Mora Fernandez by the Costa Rican Government and nominated for Honorary Citizenship.

Georgina has also worked in the European Commission and the United Nations Secretariat in New York. She is very proud of her South West roots and put her success as a diplomat down to having had a “happy childhood in Devon and Cornwall”.

In her speech Georgina Butler spoke of the challenges facing the European Union saying that it was a crucial time in Europe and was one of the main reasons why she wanted to play her part in the European Parliament should she be elected in May of this year. She spoke of some of the key issues facing the EU, such as the economies of member countries, immigration and trade across Europe and suggested how Conservatives would, working with others, help to create a Europe fit for the 21st century. She emphasised that under David Cameron the Conservatives were the only party offering a referendum to UK electors and that is a very positive reason to vote Conservative at the Euro Elections this year.

Neil Parish, Member of Parliament for Tiverton and Honiton, thanked Georgina Butler for her speech and reinforced the reasons for voting Conservative in this important election on the 22nd May. He also gave an update of issues being addressed in the House of commons over recent weeks.

Members present had the opportunity to ask questions after Georgina Butler’s speech at the dinner.

Simon Card, chairman of the Colyton & Colyford Conservatives, spoke of her world-wide experience in foreign affairs and diplomacy being of real value in the European Parliament”. Simon thanked Neil for all the hard work he undertakes for all his constituents both in the Constituency and in the House of Commons.