Do you want an EU referendum? 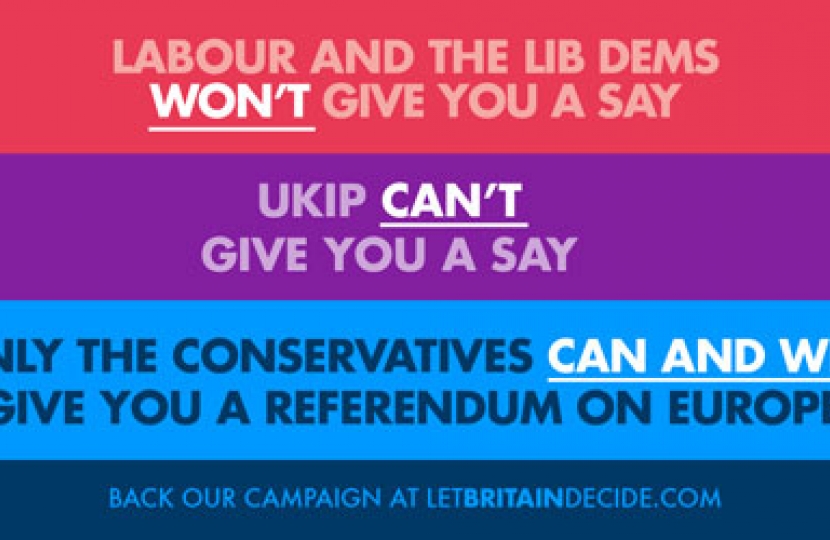 David Cameron said "Last year, I set out a clear plan – seek a new settlement for Britain in Europe, and then put it to the British people in an in-out referendum by the end of 2017.

Today Ed Miliband has made his position crystal clear – there will be no referendum under Labour.

Only the Conservatives will guarantee and deliver that referendum. It will only happen if I am Prime Minister".

Both Labour and the Liberal Democrats won’t stand up for Britain, while UKIP simply can’t deliver on anything they promise.