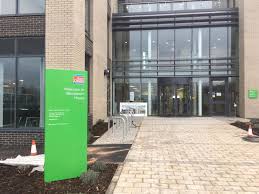 A damning scrutiny report into the state of staff morale at East Devon District Council has raised significant concerns about the behaviour of some new councillors.

67% of staff at EDDC responded to the voluntary survey which revealed that officers felt bullied, intimidated, and harassed with staff becoming physically sick, suffering from extreme anxiety and losing sleep at the hands of the new political leadership.

Concerns about high staff turnover and staff sickness are raised in the report in which officers highlight political infighting amongst councillors who also demonstrate a lack of understanding about the role of the council and claims that “we don’t know what new councillors want.”

The report was discussed by EDDC’s Scrutiny Committee on Thursday 4th with further concerns revealed by the Chief Executive, Mark Williams.

When asked if bullying was on-going and whether he was also subjected to it, Chief Executive Mark Williams responded “Is bullying on-going, I would say yes it is, have I been personally bullied, I would say yes I have and in terms of can members steady the ship, I think fundamentally, the core issue for yourselves is understanding what it is you all individually signed up to when you signed the code of conduct for councillors.”

The Chief Executive urged councillors to take on board “the cries for help coming from staff in this survey” in a debate which saw cross-party criticism of the current administration with Cllr Jess Bailey, Independent, saying “We've seen our Chief Executive come and give a really really serious report and I’m afraid that I found the response rather dismissive.”

In response, Cllr Paul Arnott, the Leader of East Devon District Council brushed away criticism of his leadership and team in the report, saying; “There is no proof or indication from where any problems are coming, if it comes to the political leadership, I think I will probably just give a blanket no to all of the answers Cllr Pook has given.”

Councillors in the current administration some of whom hold Assistant Portfolio roles with Cabinet and also sit on Scrutiny, voted down proposals to bring the political leadership in front of the Scrutiny committee to formally answer questions about member conduct and bullying.

Andrew Moulding, Leader of the Conservative Group on East Devon District Council, said “We agree with staff when they say the negative behaviour of the current political leadership needs to be sorted, not just left. The scrutiny report makes grim reading and the Conservative group urges the Democratic Alliance to urgently address the concerns in the report which shine a light on unacceptable bullying and harassment by their members towards council staff. They need to work with staff for the community and the future, not against staff as highlighted in the survey. The current administration must change their ways or potentially face an escalation of cross-party councillors concerns to government.”

East Devon District Council is currently under no overall control with the Democratic Alliance (East Devon Alliance, Liberal Democrats, Green Party and some Independents) and Progressive Independent Group as part of a minority administration.