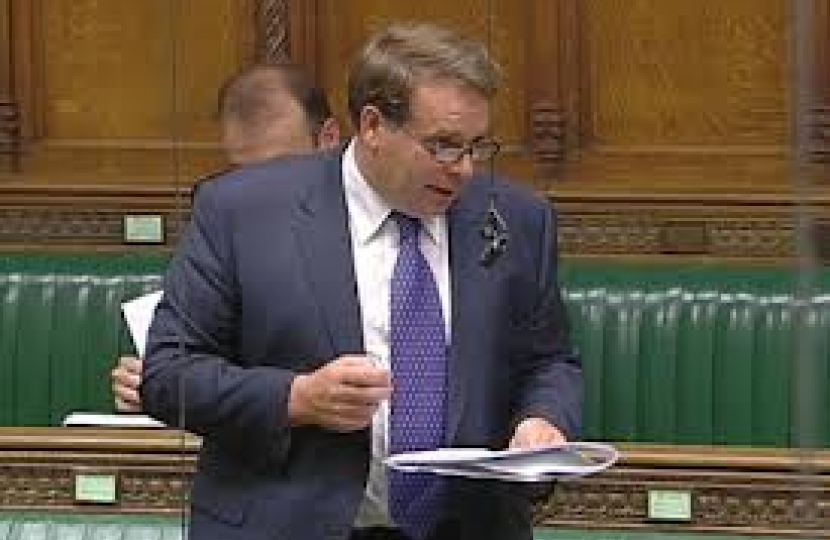 Neil Parish also raised the fact that the Organisation for Economic Co-operation and Development (OECD) has upgraded Britain's growth forecast. The body now predicts the UK will grow 1.4% this year and 2.4% in 2014 - upward revisions of 0.6% and 0.9% respectively. The increases are higher than any other major economy.

"Aston Manor brewery in my constituency has invested £10 million and created lots of jobs in Tiverton. The OECD has upgraded its forecast for Britain while downgrading global forecasts. Does my right hon. Friend agree that reducing debt is the way to get the economy moving, rather than incurring more debt, as the party opposite would do?"

"I am grateful to my Hon. Friend for that question. The OECD forecast that came out this week shows a massive increase in the forecast for UK growth over the next couple of years. Of course, the Opposition do not want to talk about the economy. They told us that we were going to lose 1 million jobs, but we gained 1 million jobs. They told us growth would be choked off, but growth is growing in Britain. That is what is happening. The nightmare of the shadow Chancellor wants to talk about everything else. When it comes to debt, let me just remind him of this important point, which is directly relevant to the issue of debt. The former Mayor, Ken Livingstone, said this:

'Gordon Brown was borrowing £20 billion a year at the height of the boom in the first decade of this century in order to avoid having to increase taxes, because he wanted to increase public spending. It was an act of cowardice.'

"That is, if you like, the "daymare". [Interruption.] We are also hearing ranting from the nightmare."!!