Despite multiple attempts to thwart a fundamental approach to reducing Poverty in East Devon contained in a motion submitted by Councillor Mike Allen (Conservative EDDC ward member for Honiton St Michael’s), it was passed with a reassuring majority at a meeting of East Devon District Council on the 23rd of October with the support of colleagues from his own Conservative Group, other parties and Independents. 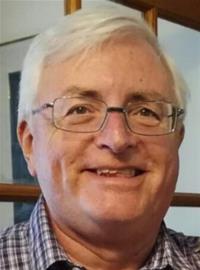 It was particularly disappointing that the ruling Independent Group on East Devon District Council tried to oppose the motion and finally failed to support it by all abstaining. Particularly where for many people in coming months in the run up to Christmas and beyond, there will be a stark choice for many of them between keeping warm or buying food. Delaying support for those who need it most is simply not an option.

The motion put forward a way to help people in East Devon find a way out of poverty, so that all Council plans and policies would be checked to examine, and change when necessary, any negative impact they might have on poverty, together with the aspiration that no one in East Devon is destitute, without immediate help and nobody is in involuntary poverty for more than two years.

“It is unacceptable in a first world country that people cannot afford the day to day basics of everyday living because they are too old or have fallen on hard times through no fault of their own. Although there are some instances of benefit system abuse, the vast majority of people are simply in need of help

East Devon like other areas has too many people without the skills they need to get a good job and this can lead to a cycle of poverty, which we must address.

I simply cannot understand why so much resistance was put in the way to consideration of poorer people in our area, particularly as all plans put forward by EDDC already have an equality policy which prohibits discrimination against the disabled or elderly or children, but not those who are financially worse off.

I am very grateful for the cross-party support I received in passing the motion and welcome the commitments already made by the Chairman of the Overview committee at EDDC to hold a further meeting in November to discuss a very important review of policies and procedures, particularly with regard to poverty reduction.

The campaign to get to this position started last November with a decision to set up joint action with Jobcentres, social workers and housing services. However, with Universal Benefit, Brexit and winter coming some Councillors from across the Council clearly wanted to go much further.

I am hopeful that the Council’s new plans and budgets that will be finalised shortly will reflect our concern and care for the most disadvantaged among us”.

Notes and background to this story available HERE 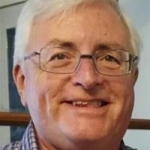 The Prime Minister's statement on the death of His Royal Highness The Prince Philip, Duke of Edinburgh

What do you think?

Take part in our surveys HERE