Conservative candidates for Tiverton Colin Slade (Tiverton East), Richard Chesterton (Tiverton West) and Police and Crime Commissioner Alison Hernandez certainly think so. They met recently to discuss how they could reopen the police station in Tiverton to the public. With funding found, work underway to clear up the front office and a rethink of how it could be staffed it has had to be paused during Covid. With the large footfall on Saturdays that walk past the station Alison, Richard and Colin believe Tiverton could be an example of how to better connect people with their local policing team. We all know the local team do a great job and work closely with Cllrs and the community and we wanted to make Tiverton the flagship example for community policing.

If you support the reopening of Tiverton Police Station let us know by contacting alison@alisonhernandez.co.uk or colin.slade@live.com 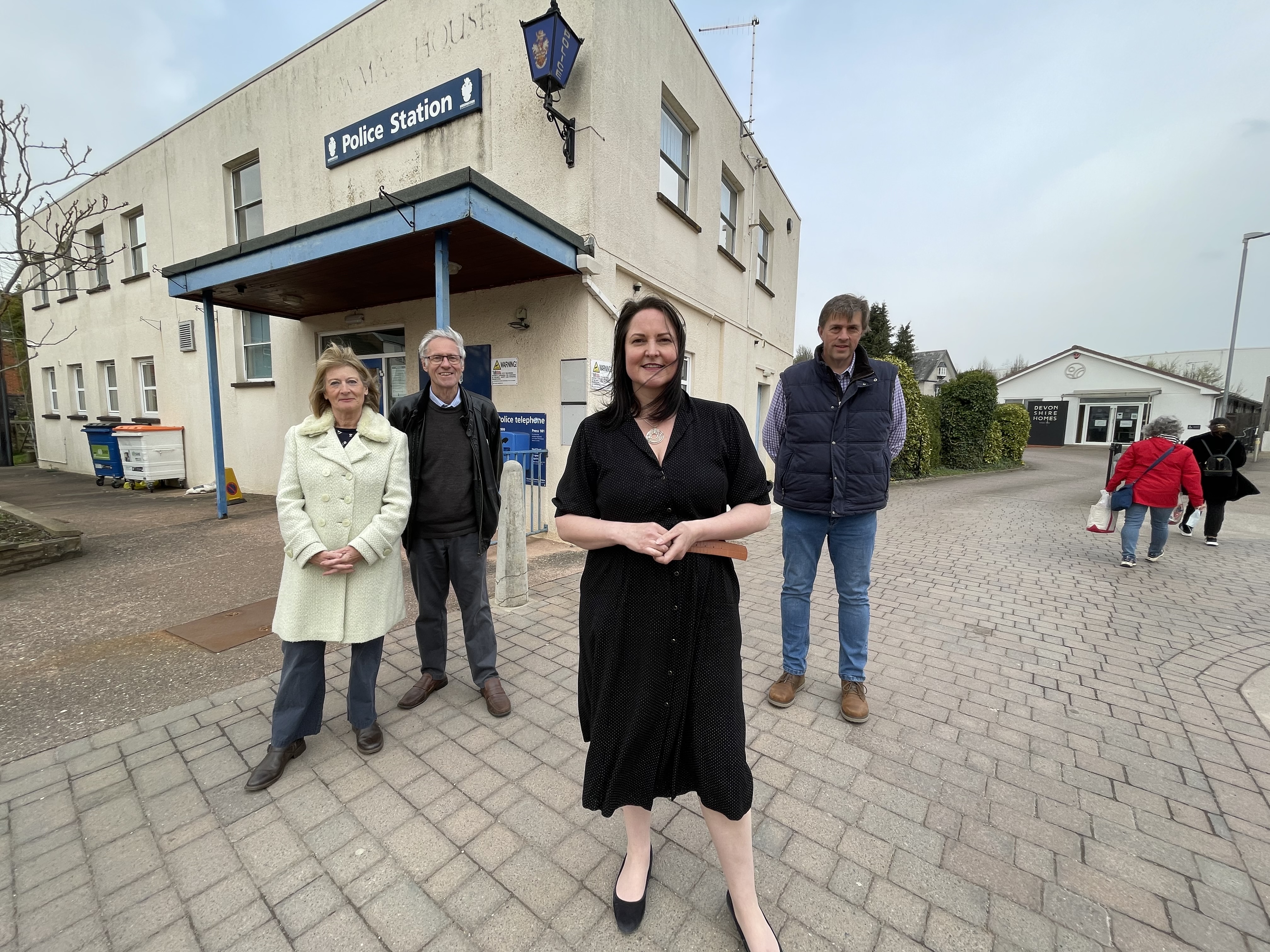