Colin’s background is in Broadcasting. He spent 40 years working in local and national radio before turning to politics in 2010, when he joined Tiverton Town Council. He was elected to Mid Devon District Council in 2011, has served on the Audit committee and as Chairman of Standards, and is currently the Chair of the Community PDG.In 2017 Colin was elected to Devon County Council representing Tiverton East .Colin has also worked for CCHQ as South West Campaign Centre Manager and as Campaign Manager in North Devon. He organised three South West Region Party Conferences and has campaigned in by elections across the region as well as in the 2012 Police and Crime Commissioner and Bristol Mayoral Elections. He was Campaign Manager in North Devon 2013-14.

They say what goes around cones around... Colin is now back on air as a part time presenter at Radio Exe.

Colin says “I love Devon and am proud to be playing a part in what Conservatives have achieved in local government. I will do my best to ensure that good work continues”. 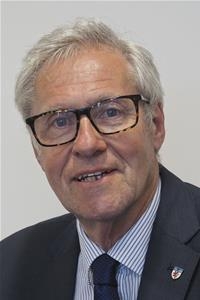