Member of Parliament for Tiverton & Honiton

Neil Parish has been the member of Parliament for the Tiverton & Honiton constituency since 2010. He was first elected Member on 6th May 2010 with 27,614 votes - a 50.3 per cent share and a majority of 9,320 of the overall votes cast. Following the 2019 election, Neil has a majority of 24,239. Neil is Chairman of the House of Commons Environment, Food and Rural Affairs Select Committee.

Before entering politics, Neil managed the family farm in Somerset after leaving school at 16 years old. He is married to Sue and they have two children, Jonathan and Harriet, and a beautiful granddaughter named Aino.

One of Neil's passions is animal welfare, and he has led a number of campaigns including those against cruel bear bile farming in China, live animal exports to the Middle East, and the import of cat and dog fur. He has also campaigned for the law to be tightened to prevent dolphins being caught up in fishing nets around the south west coast.
Neil is currently Chairman of the Associate Parliamentary Group on Animal Welfare.

In what little leisure-time Neil has, he enjoys music and swimming.

Neil was a Member of the European Parliament for the South West for ten years, from 1999 to 2009. MEPs are elected under a system of proportional representation and in the 2004 elections, Neil was chosen by Conservative members to head the Party list for the south west and Gibraltar.

Neil has also acted as an election monitor during Zimbabwe's 2000 Presidential elections; where he criticised the conduct of Robert Mugabe's regime. During the 2008 Presidential election Neil Parish called on the British Government to reject the legitimacy of ZANU-PF and to recognise Morgan Tsvangirai's MDC party as the democratically elected Government of Zimbabwe. Neil is still banned from re-entering the country after voicing his criticism.

In the European Parliament, Neil was the Chairman of the agriculture and rural development committee and he sat on the fisheries committee. During his time as Chairman he was reportedly described as a Rottweiler by David Miliband, the then Secretary of State for Defra, for his dogged persistence.

With the General Election now underway, nominations to stand for election in Tiverton & Honiton have closed and the five candidates and parties taking part have been announced.

As your local Member of Parliament I am keen to hear your views on the issues that matter to you, so I can continue campaigning to get a good deal for you.

Neil Parish returned as our MP

Delighted to report that Neil has once again been returned as Member of Parliament for Tiverton and Honiton.  After a long night the declaration was made a little before 5am.  Congratulations to all candidates that took part.

Neil recently did an interview for Honiton Nub News

While in Colyton this week Neil made it clear that he is campaigning with the local community to retain Colyton Fire Station. Vote Conservative on December 12th.

The National Policing Board announced what year one of the Government’s officer uplift plan would look like for each of the 43 forces in England and Wales. In total the officer uplift will amount to 20,000 officers over three years.

Tiverton and Honiton Conservative Association has announced that Neil Parish MP has been re-adopted to stand as the Prospective Conservative Candidate for the next General Election. 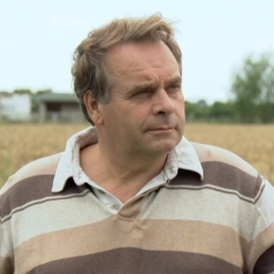